You Can Make A Difference

Learn More
The Colonial CASA Court Appointed Special Advocates (CASA) program was founded in 1995 in response to a request for a CASA program from the Williamsburg James City County Juvenile & Domestic Relations District Court (Court). Since that time, Colonial CASA has operated as a 501(c) (3) public charity accepting support from individuals, corporations, and public funds to ensure that children who are victims of abuse and neglect are placed in safe and permanent homes as quickly as possible.

Our purpose is accomplished by recruiting, training, and supervising community volunteers to serve as special advocates for children whose families have been cited for abuse and neglect by the Court. It is the driving goal of Colonial CASA to ensure that the best interests of all children referred by a judge are represented before the Court. Since its founding, Colonial CASA has recruited and trained nearly 250 CASA volunteers to provide this critical service to more than 1,400 children who have been referred by the Court.

The model for Colonial CASA originated in Seattle, Washington where, in 1977, a Superior Court Judge, David Soukup, developed a pilot program for volunteer advocates, named Court Appointed Special Advocates, or CASA volunteers. These volunteers would be trained to serve as the “eyes and ears” of the judge into the environments and circumstances of abused and neglected children and to serve as the voice for each child in Court. Judge Soukup’s vision arose from his concern that he was responsible for making life-changing decisions on behalf of extremely vulnerable children without enough background information and evidence to support the best interest of each child. So successful was his pilot program that, after the passage of the U.S. Congress Victims of Child Abuse Act in 1990, the CASA model rapidly spread throughout the country and today there are more than 1,000 local CASA programs nationwide with a corps of 70,000 plus men and women serving as CASA volunteers.

Virginia CASA programs are established by state statute [§§ 9.1-151 through 9.1-157]. As members of National CASA Association we receive supervision and oversight by National CASA and The Department of Criminal Justice Services. 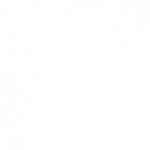